How did Thanksgiving Become a National Holiday? 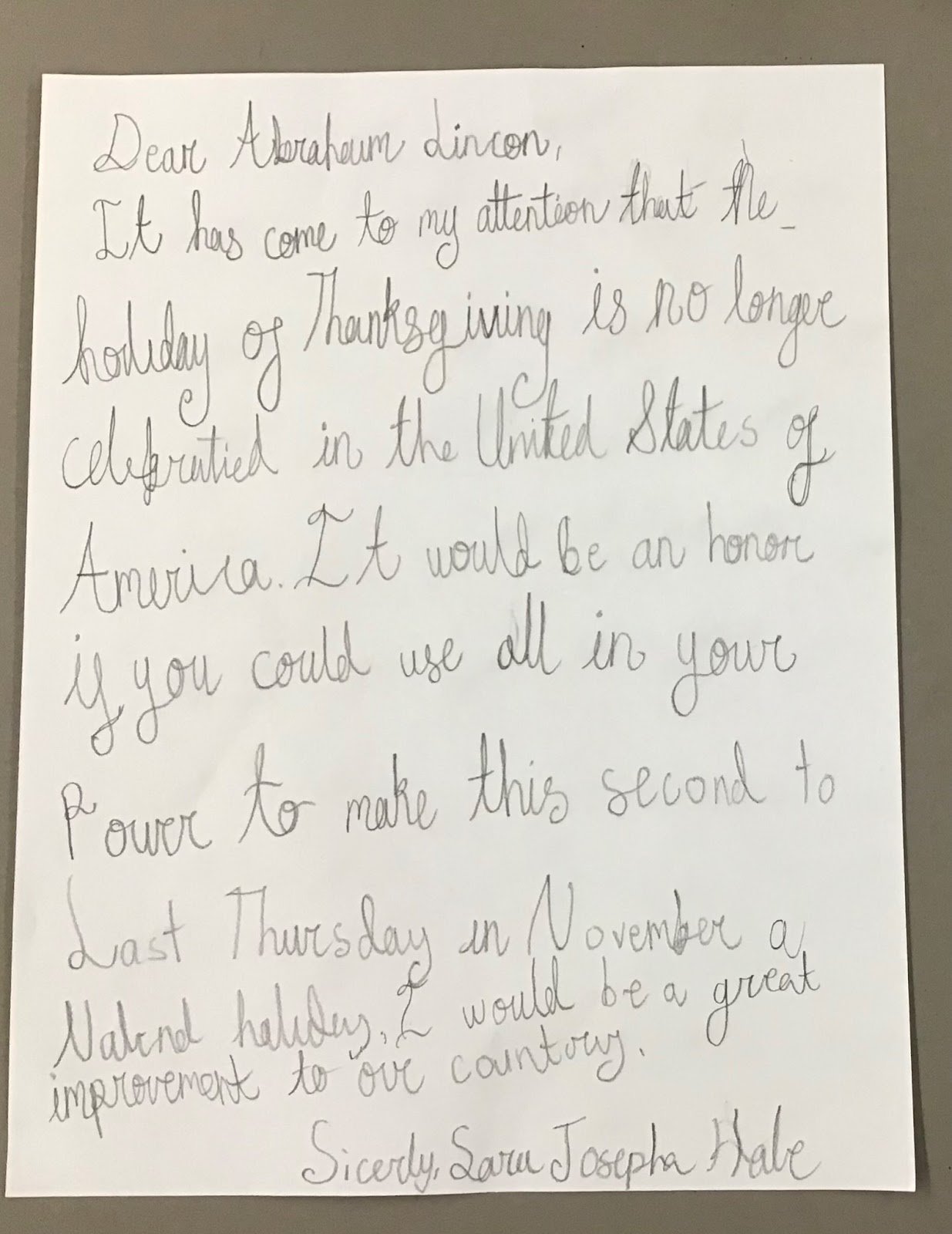 Turkey day! What do you do on Thanksgiving? Eat? Say what you’re grateful for? Watch the parade? Well I know what you probably don’t do: you probably don’t thank Sara Josepha Hale, who back in the 1840-60’s wrote over seventeen letters to five different U.S presidents to make Thanksgiving a national holiday in the U.S.A. So I asked King students if they knew the real history of Thanksgiving, and all of them said, “no!” Nine of them were surprised by this unknown fact but believed that Sara wrote the letters and the remainder wasn’t sure what to believe! Well, in 1621 Thanksgiving did start, technically…. It wasn’t celebrated again until the last Tuesday of November in 1863 almost 300 years later! Between 1621 and 1863 came a little work, and a lot of letters and those letters were all written by Sara Josephia Hale. Sara was born in October 1788 in New Hampshire,  at a  time when Thanksgiving didn’t really exist. . Sara didn’t like that so she wrote a letter to the current president Zachary Taylor in 1849 Taylor didn’t respond. Sara tried three more times after that, Finally she wrote a letter to President Abraham Lincon he responded and declared Thanksgiving a national holiday in 1863. Fun Facts: Sara wrote the Nursery Rhyme Mary had a Little Lamb and made playgrounds more fun for kids of all ages by adding monkey bars and making slides safer. So next time you’re saying what you’re grateful for don’t forget to thank Sarah Josepha Hale!