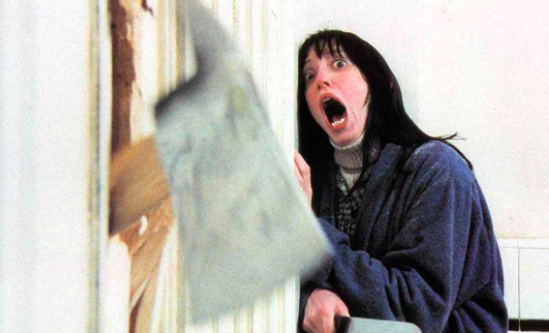 Have you ever pooped your pants on halloween?  We dug in on what was the scariest moment of the sixth grade.   Emily Perez from Ms. Chen told us her scariest moment in  her life.  “I was once with my friend who’s a boy and we decided to ride down together on our hog .   “The hill was very steep and  my boy bff and I were at risk taking people back then.”   “Once  we got on the moped and started riding down but soon the speed came faster than a car going a 100.  “He tried to stop the chopper but  couldn’t so he told me to  leap or else we would get hit by a car.”  (The hill lead to the street. )  “My friend and I  quickly took the risk and jumped, he saw that I was going to get hurt with the plants.”   “He decided that he was going to  push me out of the way and he landed on the plants instead of me.”  “Little did he know  he had pushed me into the wall. “When he pushed hard , my face was scraped when going down.” “So when I got up I was with a horrible scar on my cheek that was huge.”   “Ever since that day I still have a scar on my face”.

According to Avery Tam from Ms.Mitsuse class  said that “about three years ago when I was eight”.  “I went to Universal Studios,  I thought I could go on this ride but I couldn’t”.  “But when we got to the hospital scene I couldn’t do it because I was so naive” “So I  started to cry and walked out and just went to do something else¨.   What Alexander Ryu from Ms.Jones  said is that ¨I had seen a mom and dad hitting a kid with a wooden part of something¨  Gili Arber from Ms.Jones  told us that ¨Her scary moment was when I went on a Haunted Hayride with my friend Bianca¨ ¨We were in a maze, and a woman leaped toward us with a knife in her hand and chased us¨.  Gavin Magtanong from Mituse class said that ¨I almost drowned in the ocean because the water was dragging me into the ocean¨  ¨I was really scared because the water kept going into my mouth, and I couldn’t breath¨.

According to Felix Pritchard from Ms.Jones he said that ¨One time I had my closed closet in my room and I was about to sleep when the closet door slowly creaked and then I heard something fall¨ ¨But when I opened the door opened with no one inside¨.   ¨When I was in the fifth grade a bird flew in the classroom¨ ¨But I didn’t know it flew over my head, I was so scared that I started to cry, and it was so embarrassing!¨.  Ms.Jones student  Jesus Martinez said that ¨When I was walking down walmart alone with a shopping cart¨ ¨then this guy started following me every lane I went, and when I started to walk faster he went faster as well¨ ¨after I found my parents he glared at me and walked away¨.