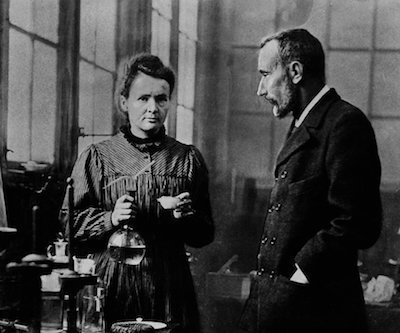 Do you know who Marie Curie is? Marie Curie is a female scientist. She was born in November 7, 1867 in Warsaw, Poland. She was the youngest in her family and had 3 older sisters and a brother. Marie Curie’s parents made sure that her and her sisters were as educated as their brother.Her parents were both teachers.

Marie was the first woman to win a Nobel prize and was the first and only woman to win two Nobel prizes. She was also the only person to get two Nobel prizes in different scientific categories. Marie Curie was also the first woman to be a professor at the University of Paris. She conducted pioneering research on radioactivity. In 1891, at age 24, Marie followed her sister Bronislawa to study in Paris. Marie earned her higher degrees and conducted her scientific work. She shared the 1903 Nobel prize in Physics with her husband Pierre Curie and physicist Henri Bequerel.

She won the 1911 Nobel prize in chemistry. Marie founded the Curie institutes in Paris and in Warsaw, which remain major centers of medical research today. During World War I, Marie Curie developed mobile radiography units to provide X-ray services to field hospitals. Marie taught her daughters the Polish language and took them on trips to visit Poland. Marie named her first chemical element she discovered polonium, after her native country Poland.

Marie Curie died in 1934 at age 66. She died at a sanatorium in Sancellemoz, (Haute-Savoie,France. She died due to aplastic anemia. Her death was caused from exposure to radiation in the way of her scientific research and in the way of her radiological work at field hostpitals during World War I. After Marie Curie’s death if you wanted to touch something of she owned you must have had to wear protective clothing. Her last year being alive, she worked on a book, Radioactivity, which was published after her death in 1935. In 1995 Marie Curie became the first woman to be entombed on her own merits in the Pantheon in Paris. This was Marie Curie. Hope you enjoyed it.