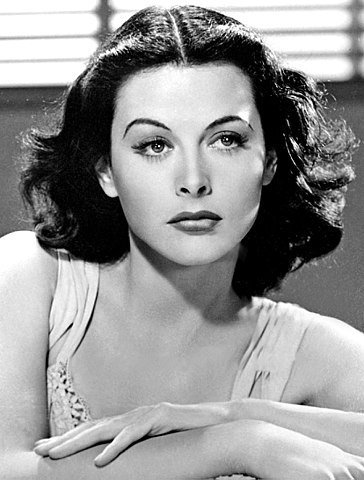 On November 9, 1914, in Vienna, Austria-Hungary, Hedy Lamarr was born. Only daughter of Gertrud Kiesler and Emil Kiesler. After her role in the controversial movie, ‘Extase’ (1932), she ran away from her husband to Paris. Traveling through London, she found the Metro- Goldwyn-Mayer Studio in other words, MGM Studio. Louis B. Mayer offered her a movie contract in Hollywood. She accepted the contract and she became a famous film star. Her performance in ‘Algiers’ (1938) was very renounced worldwide and it gave her a very good name.

MGM Studio was a huge help for Hedy Lamarr in her acting career. Her MGM films include Lady of the Tropics (1939), Boom Town (1940), H.M..Pulham, Esq. (1941), and White Cargo (1942). Her greatest success was Delilah in ‘Cecil B. DeMille’s Samson and Delilah’ (1949). From shooting films, Hedy Lamarr started to be on the television. She also acted on the television before the release of her final film, ‘The Female Animal’(1958). She was honored with a star on the Hollywood Walk of Fame in 1960. Therefore, that is how she decided to end her acting career.

During World War II, Hedy Lamar and George Antheil developed a radio guidance system for allied torpedoes. That radio guidance system was supposed to use frequency-hopping Spread – Spectrum technology to defeat the threat of jamming by the axis powers. In the 1960’s, the U.S. Navy actually decided to adopt the technology. There were various Spread – Spectrum techniques that were used throughout each navy base. The Spread – Spectrum techniques were incorporated into Bluetooth technology and was similar to methods used in legacy versions of Wi-Fi. All this work led them to “their induction into the National Inventors Hall of Fame in 2014”, Wikipedia says. Hedy Lamarr was an accomplished scientific inventor.

In conclusion, Hedy Lamarr was a very creative person that completed two very important careers. She will always be famous and well known as the Spread- Spectrum co-inventor and as a very popular actress. She was also better known for her silver screen exploits. She also became a pioneer in the field of wireless communications to defeat the German Nazis, following her emigration to the United States. Her radio system that became famous and well-used is still functioning today. Sadly, on January 19, 2000, (age 85) in Casselberry, Florida, U.S., she passed away. Though, her great inventions and her appearance in those films will stay with us forever.